The assimilation to a foreign language: personal experience 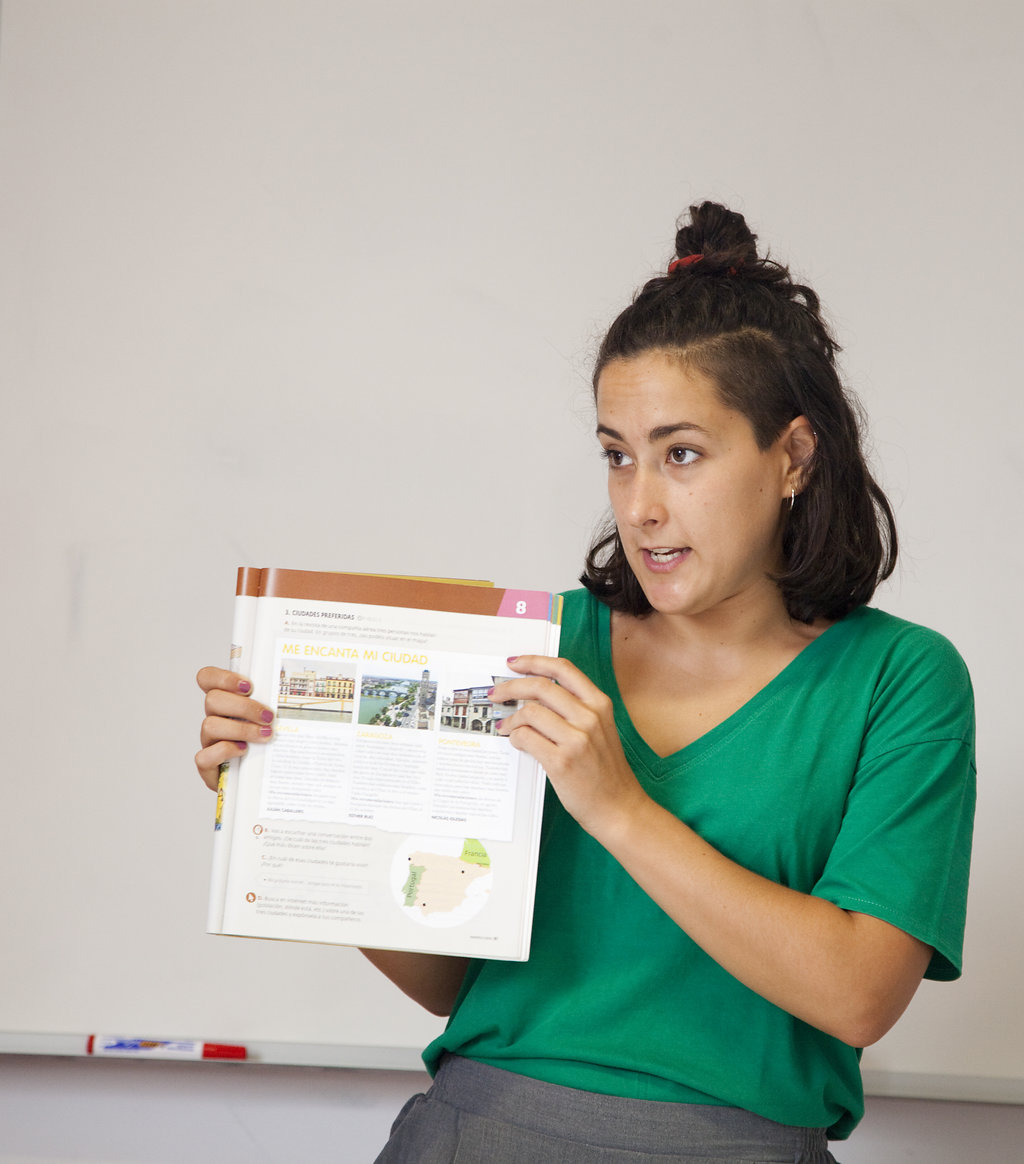 I would like to dedicate this last reflection to the human capacity to acquire languages.

Having lived in the Basque Country, my education has been bilingual, and I always thought that my linguistic skills in both languages were scarce, keeping in mind that Basque was a language that was only used in school. What I learnt in Basque I was not able to produce in Spanish, and viceversa. The trouble became a bigger problem when English was added to the mix at school and outside of school when I was 9 years old.

What has always appeared to be an added difficulty, with time became to work to my advantage. When I became an adult, I was confronted with different realities in which the Basque language became a real tool of communication that finally was used outside of the classrooms that it was secluded to. At university where I studied Translation and Interpretation, I was aware that using only a single language in a given environment produces a vague development of the language. Speaking enriches the language and the people who speak it.

More of the same happened to me with English, well it was not until I found myself in the United Kingdom when I was able to apply all that I had learn and I discovered that nothing was of use if you did not know how to pronounce and use tone like they did. In this way, to be able to open a bank account, I met a receptionist with a serious face who did not understand me (or did not want to understand me). I think I remember repeating to her "I'd like to open a bank account" a thousand different ways until in the end she understood. It impacted me a lot when I was aware of the fact that it was so difficult to make myself understood despite the fact that my level was quite high. Many years have passed and now I find myself much more comfortable. I think that it was very important to always socialise in English, until I thought and dreamt in the language.

My career continued with Russia . It is a language that has nothing in common with the rest and also its alphabet is Cyrillic. Despite its complexity, it was enough for me to be in Russia for two summers to better the language and integrate it as another communicative tool. This is due to the Russian course I did there and I now understand why they pushed for the communicative method, as well as the friendships that I had the luck to be able to cultivate and that I still have to this day. Integrating Russian in my personal life and creating real relations means I have not travelled to the country for years I can communicate without much effort and even think and write letters and thoughts in Russian.

When you live in a language, time makes you improve, if also the support classes that you receive are appropriate and push for the communicative method, the little steps that you take can become strides.

Due to my personal experience with languages, I believe that the communicative method is the most sensible when it comes to teaching any language. It is easier to assimilate a language as a communicative tool if its use is justified.

Currently I am not dedicated to teaching but I have done this course to have an alternative work in case I want to travel and settle in any other country. I do not rule out dedicating myself to it in the future. The truth is that the suggested teaching methods have surprised me and I like the directions a class can take while learning a language. Being able to give shape to classes for teaching Spanish has been a challenge that I hope can improve over time.