Guernica city: what you need to see! 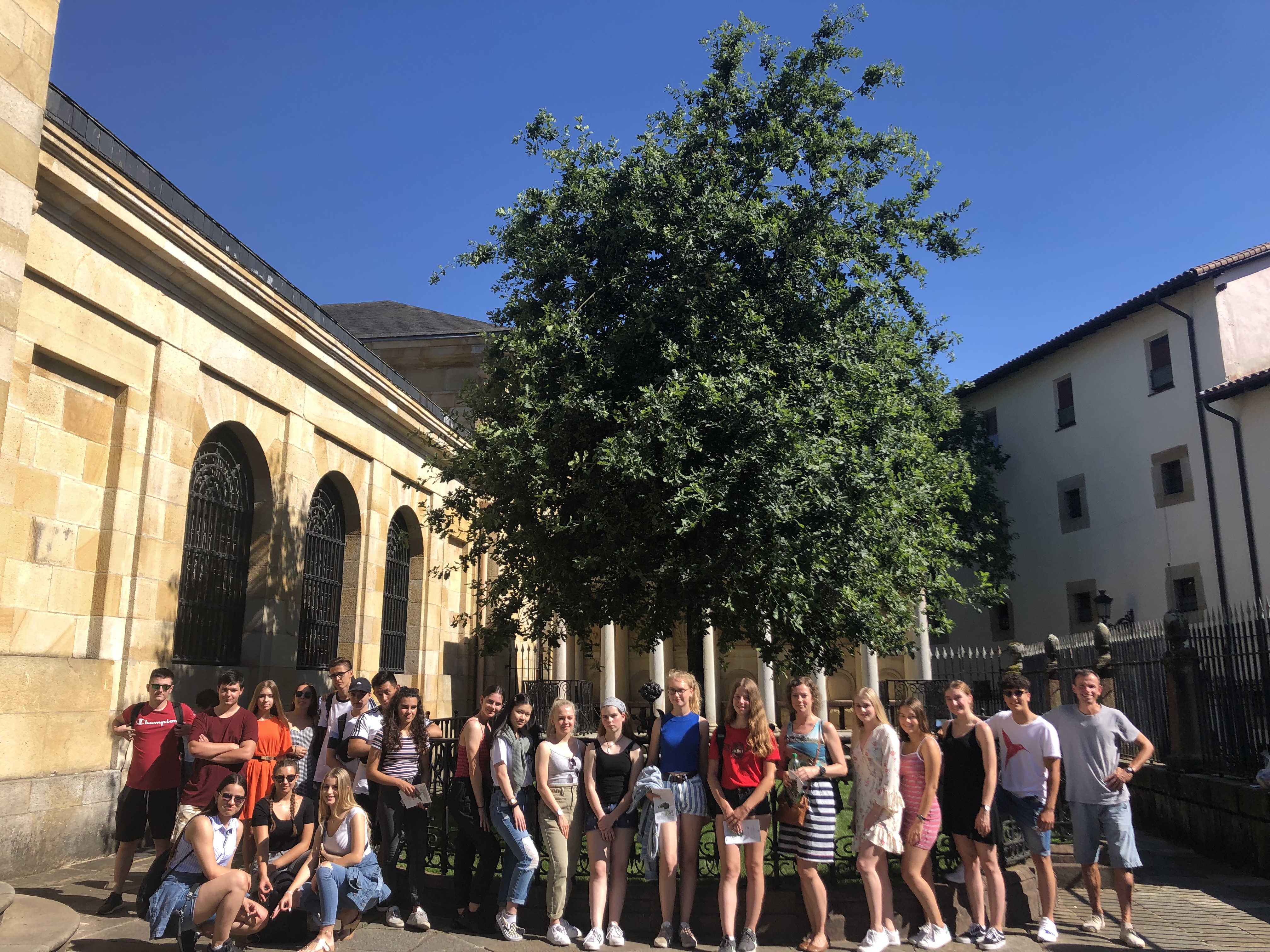 On the 10th July, with the students of the Hemingway Institute, I went to the Basque town of Guernica. It is a really old town and famous for what happened on the 26th of April 1937; a bombardment due to the Spanish Civil War.

First of all, we visited the “Museo de la Paz de Guernica”. The museum is divided into several parts. Initially, there was an explanation of the word “peace” where different points of view of this word were expressed. Afterwards, we entered into a room and, with the voice in the background of a woman called Bergona, we relived what happened in 1937 in the town of Guernica. We then moved in another room where the Spanish civil war and the bombardment of Guernica town was explained. Finally, we heard the testimony of those who survived this bombardment.

We really had a good time and it was very interesting to learn more about this town and its history. We can now see why the Basque people are so close as well as passionate and proud of their origins.