The students of the Spanish courses are getting to know the Basque realists. 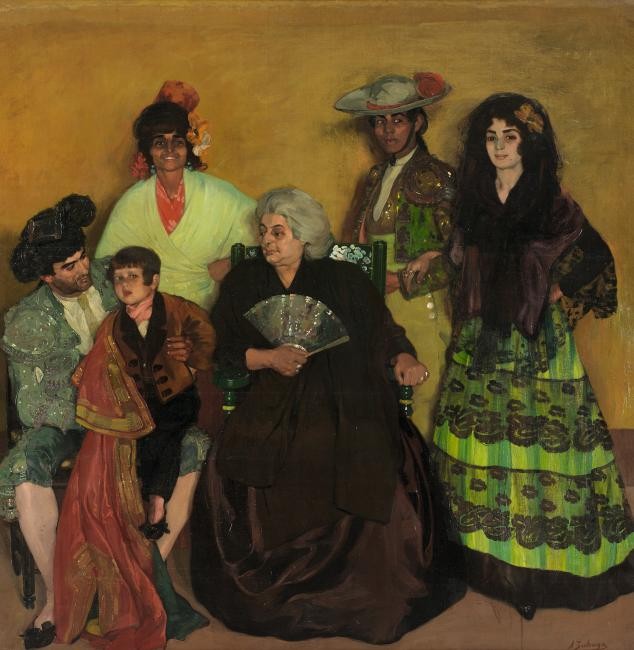 Ignacio Zuloaga Zabaleta, a painter born on 26th July 1870 in the village of Éibar, surely did not know that in the future one day there would be his retrospective at the Fine Arts Museum in Bilbao of his works. The quality of his canvases and his realist character that is complemented thematically with the literature made by the generation of the 98, gives us a series of praiseworthy pictures in technique.

Since his beginnings, he was influenced by Velázquez, El Greco, Zurbarán, Ribera and Goya and those who he considered masters, we notice that the brushstroke reveals the meticulous copies he sometimes made at the Prado Museum to improve his technique.

His paintings were able to share rooms with other great painters such as Gauguin, Van Gogh, Degas and Toulouse-Lautrec.

However, this Basque artist, who bases his work mainly on painting, was not what he liked best, although he was wonderful at it. The recurrent themes of his works were bullfighting where we can highlight the picture: "Bullfight in Éibar".

Or also the realistic portraits he made of the unfortunate people in our society such as the poor, beggars, the sick etc. The harshness of these portraits is a representative part of his style.

The most outstanding work that this artist has and that many art critics agree with is: "Vista de Toledo" although the wink that he makes to Velázquez with his painting "Mi familia" is interesting.

For this reason, we invite all the students of the Spanish courses in Bilbao who come to the Museum of Fine Arts to contemplate and enjoy.