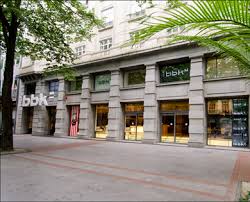 The first activity will take place on Monday, September 16 and it is called “Volver a Blas de Otero”. It is a homage concert of the vocalist Juanjo Navas from Bilbao. It will be the result of a year of work on the texts of our poet, which the talent of this Basque vocalist (increasingly recognised by critics and flamenco connoisseurs) will adapt to the sense, rhythm and art of cante jondo. An innovative show that, in the near future, will give rise to an album in which the Blas de Otero Foundation will participate. The concert will start at 20:00, but we will meet at the Instituto Hemingway at 19:00.

The second activity will take place on Thursday, 19 September and is called “Tres Poetas Vascas”. These three Basque poets are Amalia Iglesias, Julia Otxoa and María Maizkurrena. The Donostian Julia Otxoa, poet, narrator and plastic artist, is one of the most outstanding voices in the micro-story and a poet in whose work surrealism and an existentialism related to the literature of the absurd converge. Translated into numerous languages, Otxoa has successfully cultivated poetry for children and young people. On this occasion, in addition to her poems, she will offer spectators at the BBK hall in Bilbao a sample of her plastic work, with visual poems full of irony, lyricism and criticism of contemporary society.

Along with her, two other great Basque poets, Amalia Iglesias and María Maizkurrena. Both were raised, educated and forged literally in Bilbao. Iglesias won the prestigious Adonais Poetry Prize in 1984 with Un lugar para el fuego, a book that would place her at the forefront of Spanish poetry. She was part of the editorial group of the poetry magazine Zurgai and currently works for Revista de Occidente. Maizkurrena also collaborated with the Zurgai group, won the Basque Government Poetry Prize and published in the Adonais collection Una temporada en el invierno. Her latest work, Tierra sumergida, has just been published by El Gallo de Oro. For more than 10 years, he has published a weekly column in the newspaper El Correo.

If you want to enjoy two great nights full of culture, then come with us. We meet at 19:00 at the Instituto Hemingway. We would love it if you joined us.