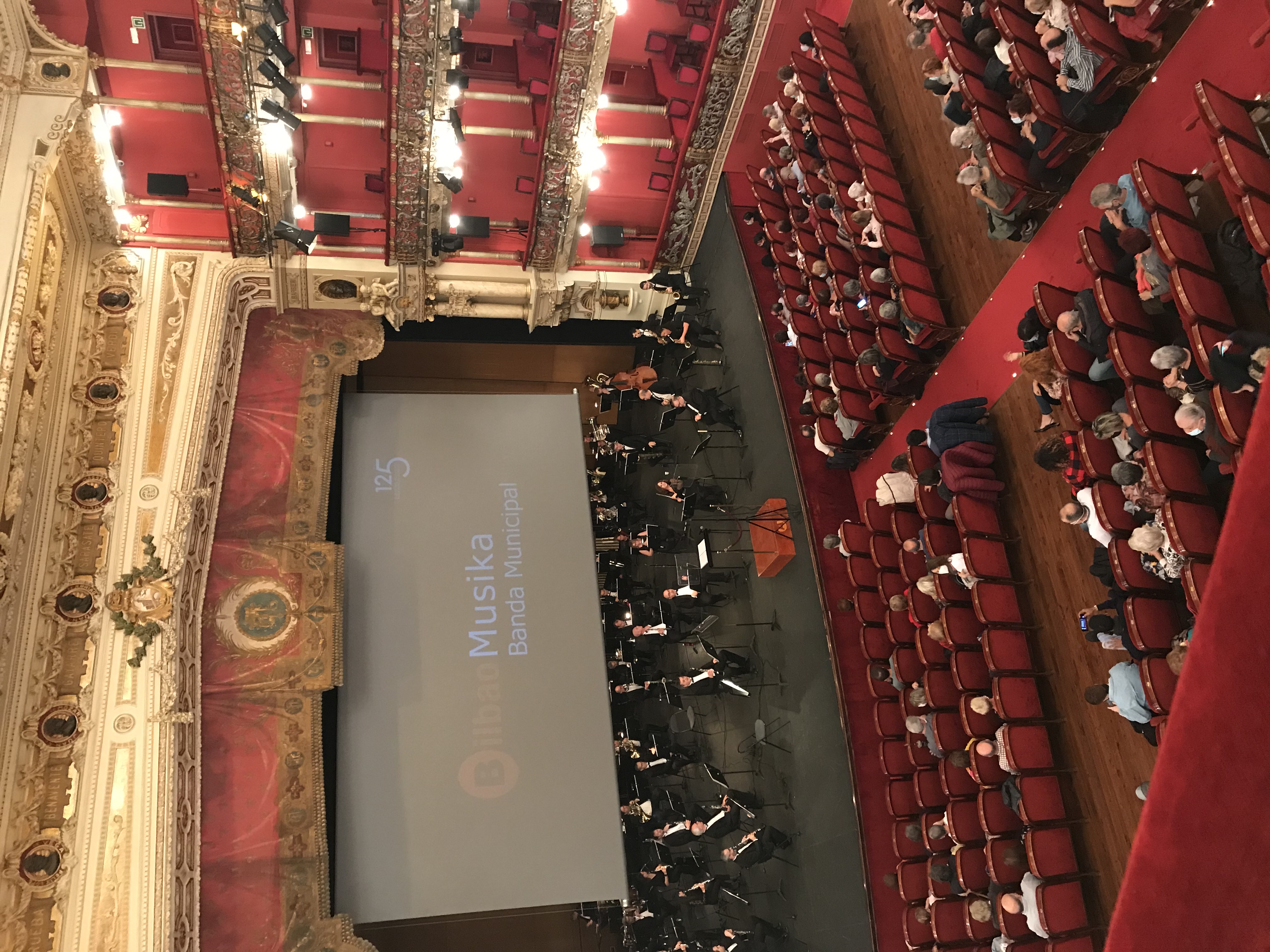 At Instituto Hemingway we organize various events for those who learn Spanish with us. The students at our language school were able to enjoy a music concert called 'El sonido de la memoria' on November 2. The Arriaga Theatre in Bilbao hosted 5 concerts, each one of them unique and very special, as part of the commemoration of 125 years of Bilbao's Municipal Band.
'
The 'Memoria del Séptimo Arte' concert on 2nd November was directed by the famous director José Rafael Pascual Vilaplana. Previously, the band offered an impressive concert for more than 400 people, but this time unfortunately, due to the current circumstances the number of participants was limited.

The concert, 'Memoria del Séptimo Arte' started with the soundtrack of the movie'Silverado', directed by Lawrence Kasdan. They ocntinued with compositions from the great Ennio Morricone, who died this year. The band performed some popular movie tunes such as 'Once Upon A Time In The West', 'Duck, You Sucker!', 'A Fistful of Dollars', 'The Price of Death' and 'The Mission'. Finally, the Bilbao Municipal Band finished the concert with 'The Pawnshop' also known as 'Chaplin the money lender' written and directed by Charles Chaplin in 1916. 'Memoria del Séptimo Arte' guaranteed a great and remarkable experience for the Instiuto Hemingway students.

We are looking forward to seeing you at the upcoming activities this fall.