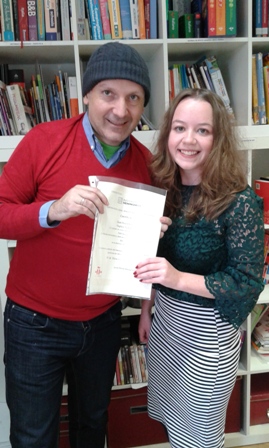 In Spain is one of the most important festivity, it is the same day of the ephemeris of Saint José. This day wants to commemorate the life of José, Maria’s husband, Jesus’s father, and due to that is connected with Father's Day.

Nowadays only in some regions, like Murcia, Galicia, País Vasco, Navarra and Valencia, is considered as a not working day.

Only few people know exactly why Spain chose this day to celebrate the Father’s Day: in 1948, a teacher from Vallecas, named Manuela Vicente Ferrero, at the end of the classes, was talking with two men and one of them said: “ You know how a mother loves her sons but you do not know how fathers love them”.

So the teacher decided to end the discrimination and she choose Saint José’s day to celebrate the fathers. The 19th of March of that year, the fathers went to the school of their sons to take part in a mass in their honor, then the children gave them some presents handmade.

One year later Manuela, the teacher, wrote an article for the monthly newspaper ‘El Magisterio Español’ where she told about the experience of the day and asked the other teachers to do the same. The article had a great success, that also those fathers had participated at the party, wrote for the newspaper some letters to express their joy and emotion of that wonderful day.